What
Visiting exhibitions
From
TO

The project A Balkan tale aims to stimulate public discourse about the history of the Balkans to promote a sense of common history based on religious and ethnic co-existence, and to contribute to the public access and preservation of its cultural heritage. It is a cross media project based on an exhibition of Muslim, Christian and Jewish monuments in the Balkans, shot by five award winning photographers Uta Benzenberg (AL/D), Ivan Blažev (MA), Samir Karahodzha (KO), Camilo Nolas (GR) and Ivan Petrović (SR).

The Ottoman presence in the Balkans lasted from the 14th to the 20th centuries. In some regions this presence was continuous, in others interrupted (in the Morea, for instance), and still others never suffered an Ottoman conquest (for instance, the Ionian Islands and the Dalmatian shores). Yet, for almost the entire population of the Balkan Peninsula, the Ottoman centuries have been an important part of their historical experience.

To a great extent, this history is unknown, or known under different perspectives in each country. This is due to the fact that the Christian peoples of the Balkans established their nation-states through, usually military, conflict with the Ottoman Empire. These conflicts placed a great emphasis on the religious difference between Christians and Muslims. At the same time, the appeal of the Western European model led to the devaluation of the cultural significance of the Ottoman centuries. The Ottoman Empire thus became identified with cultural ‘backwardness’ and was considered by all its successors as an ‘undesirable heritage’.

Nevertheless, for some 600 years, Christians, Muslims and Jews lived together in urban and rural areas, farmed the land, patronised each other’s shops, met, and entertained themselves at bazaars and coffeehouses. Ottoman society was, of course, a society of hierarchies and discrimination between rulers and subjects. For the reayas [taxed subjects], everyday life had its cruel side, conflicts and hardships.

Today, memory of this period remains hidden in buildings that have changed use, or has faded out completely due to negligence and destruction. Yet, whatever their condition, ruined or preserved, the buildings of the Ottoman period, private and public, Christian, Muslim and Jewish, remain as documents of a common history – the history shared by the peoples of the Balkans for some six centuries. The contemporary photographs of these monuments enable us to see in a different light the Ottoman heritage, to revisit our common past and to tell our Balkan tale. 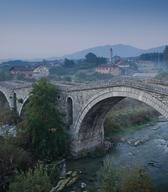 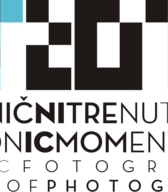 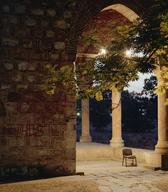 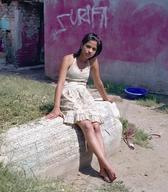 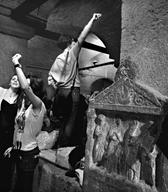 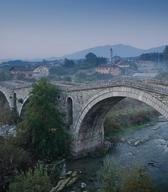 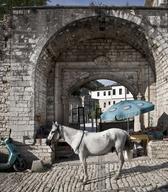